Dole Whip! Dairy-free and available in many places 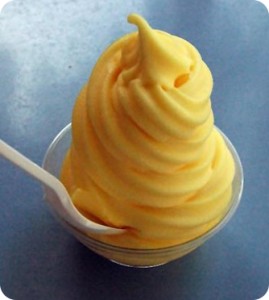 One of the most popular treats at Disney World is the Dole Whip soft serve. A few years ago, we posted about the change in formula, making it dairy-free, but with a cross-contamination risk. However, a couple of years ago, Disney World made the pineapple soft serve the exclusive offering at Aloha Isle, then made the Dole Whip available in several other locations. So, we thought it was time for an update, since our previous posts are still top pages on our website.

While the Dole Whip is now free of most of the top 8 food allergens, it does contain coconut oil and carries a warning for tree nuts. Check ingredients at the Precision Foods website and also, verify with the Cast Member and ask to see the ingredients in their Food Allergy Book.

Where to find Dole Whip at Disney World

In Magic Kingdom at Aloha Isle. However, Aloha Isle and Sunshine Tree Terrace swapped places, due to the demand of the Dole Whip. Aloha Isle is now located near the Magic Carpets of Aladdin and the Tiki Room. Update 12/2017: Aloha Isle re-introduced the vanilla flavor, which contains casein, in machines with pineapple, for swirling. However, they still have a single machine dedicated to pineapple. If there is any confusion, or to verify since they could change at any time, speak to a manager. 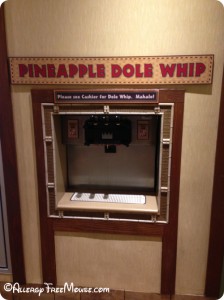 You can also find a Dole Whip dispenser in Captain Cooks, the quick service restaurant. It’s a self service dispenser, so there could be a cross-contamination risk from other patrons.

Also, around the corner at the outdoor Trader Sam’s Tiki Bar, you can find Dole Whips with rum, again.

Yes, you can find Dole Whip at Disney’s Pop Century Resort. They’ve made many improvements at Everything Pop and the addition of Dole Whip is one of them. Update 5/4/2018: This is a swirled configuration! For machines that swirl with vanilla, there is a possibility of cross-contamination. We’re going to contact the manager and ask about getting a dedicated machine. Until then, proceed with caution if you’re allergic to dairy or soy, as the vanilla soft serve has both, according to the website.

Update! You can now get Dole Whip at Marketplace Snacks. Be aware, the dispenser also has the vanilla soft serve. So, there is a cross-contamination possibility. We spoke to the Cast Member who informed us that they do not follow the same process as the Pinapple Lenai, and sometimes switch the mixers containing the pineapple and vanilla mixes.  Maybe this will change in the future. 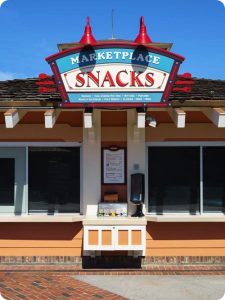 Occasionally, you can find Dole Whip at Epcot during festivals, like the Food and Wine Festival, at a kiosk near Canada.

If you spot a Dole Whip at some other location, please let us know! 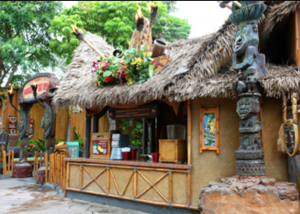 Tangaroa Terrace next to the Disneyland Hotel 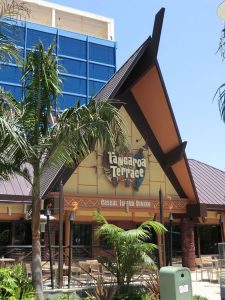 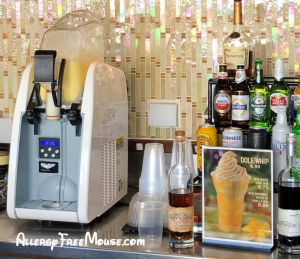 Yes, Dole Whip is now available on the Disney Wonder. It may be available on other Disney Cruise ships. In this case, it’s available individually, swirled or with rum. Always ask about cross-contamination and check the ingredients.

Just a quick summary of Dole Whip food allergens (but always ask when you arrive!):

9 thoughts on “Dole Whip! Dairy-free and available in many places” 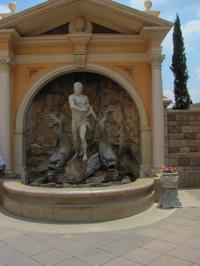