Literally. He wrote the book. And it is based on the process he helped create in one of the biggest, most massive food service operations in the world – Disney World. Plus the Disney Cruise Line. It is not a book about the Disney process, but rather a book to help chefs and restaurant owners develop their own processes.

I first communicated with Joel Schaefer via Twitter (@AllergyChefsInc) and then emailed him requesting some information about Disney, since this is a website for Disney fans with food allergies. He suggested we speak and called me.

I already knew about his past “employment” at Disney as part of the Special Diets Program and his involvement with AllergyFree Foods as the Research and Development Chef. But while awaiting his call, I spent some more time on his website, AllergyChefs.com where I discovered his forthcoming book Serving People with Food Allergies: Kitchen Management and Menu Creation. There I learned the real story as I read the Foreword and Introduction for the book on Amazon.com. He was the Culinary Development and Special Dietary Needs Manager for Disney and developed the fabulous Special Diets Request Program.

And, after our conversation, I’m convinced he truly has a heart of gold and is on a mission to bring food allergy preparation into the mainstream and open up new dining experiences to those who have limited dining choices, like our daughter. However, our phone conversation was not about his book, it was about Disney and their food allergy process. But after reading the Amazon preview and talking with him briefly about it and his work, I feel really strongly that this book needs to be shared.

If you know someone who owns a restaurant and may be interested in making life better for food allergic patrons, while also opening up new revenue opportunities, they need to read this book. But they have to go “all in” since food allergy preparation is potentially life threatening for some customers. A restaurateur cannot dabble at creating a food allergy program. And it says this in the book — it’s a full commitment or don’t even start. However, it’s not insurmountable either. It scales for restaurants of all sizes.

The book is also full of really interesting food allergy facts, statistics and medical information as it is meant to educate chefs and restaurant owners about the scope of food allergies, as well as open their eyes to the potential market — food allergic people begging for assistance and increased choices. It also contains some terrific food allergen-free recipes. Check it out. 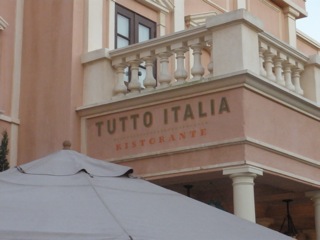